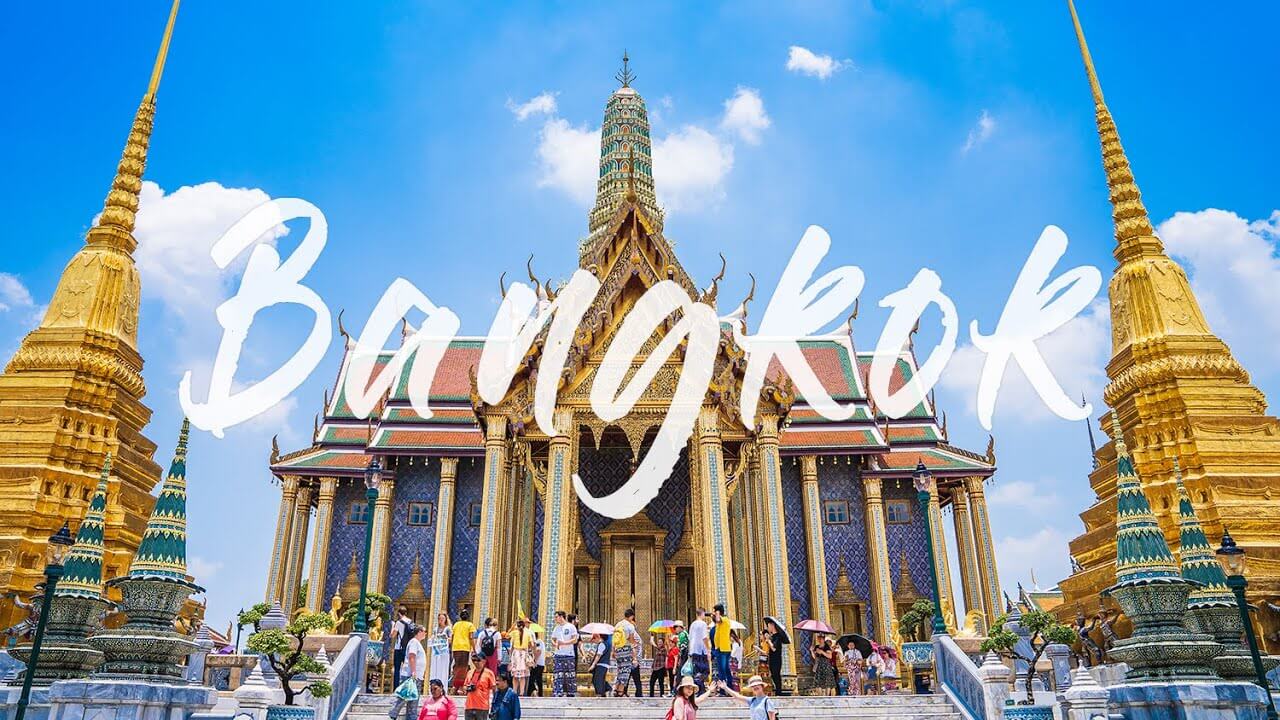 We couldn't be happier now that most countries in Southeast Asia finally started opening up again after the pandemic! We at ForeverVacation and our guides really missed showing you around in one of our favorite countries all time - Thailand - !  Ever since Thailand opened up to the world again, it has been such a joy to see so many of you on our tours in Thailand and tours in Bangkok! So thank you for sticking around for so long, we really appreciate you not forgetting about us!

For those who have never travelled with us, welcome! You came to the right place! If you are planning to travel to Thailand for the first time, you sure are in for one hell of a ride! Not only is it beautiful and cheap travel destination, it's also home to crystal clear beaches, exotic food, colorful nightlife, a magnetic culture and rich historical ruins!

We don't like telling you what to do but your first stop should definitely be Bangkok, Thailand's notorious capital! Bangkok is a city of extremes, it is both busy, chaotic and overwhelming – as well as surprising, unique and bustling. Although the city might not be every traveler's cup of tea, one thing is for sure: Bangkok is a city you will never forget! Every year, more than 16 million people visit the city – and you'll soon be one of them!

We can imagine that traveling to a new country for the first time can be very exciting and scary at the same time. Some people worry about the possible language barriers which can make traveling a bit challenging for them. However, please don't let it stop you from exploring this beautiful country! In this blogpost we will try to explain as much as possible so you can start your holidays stress-free! 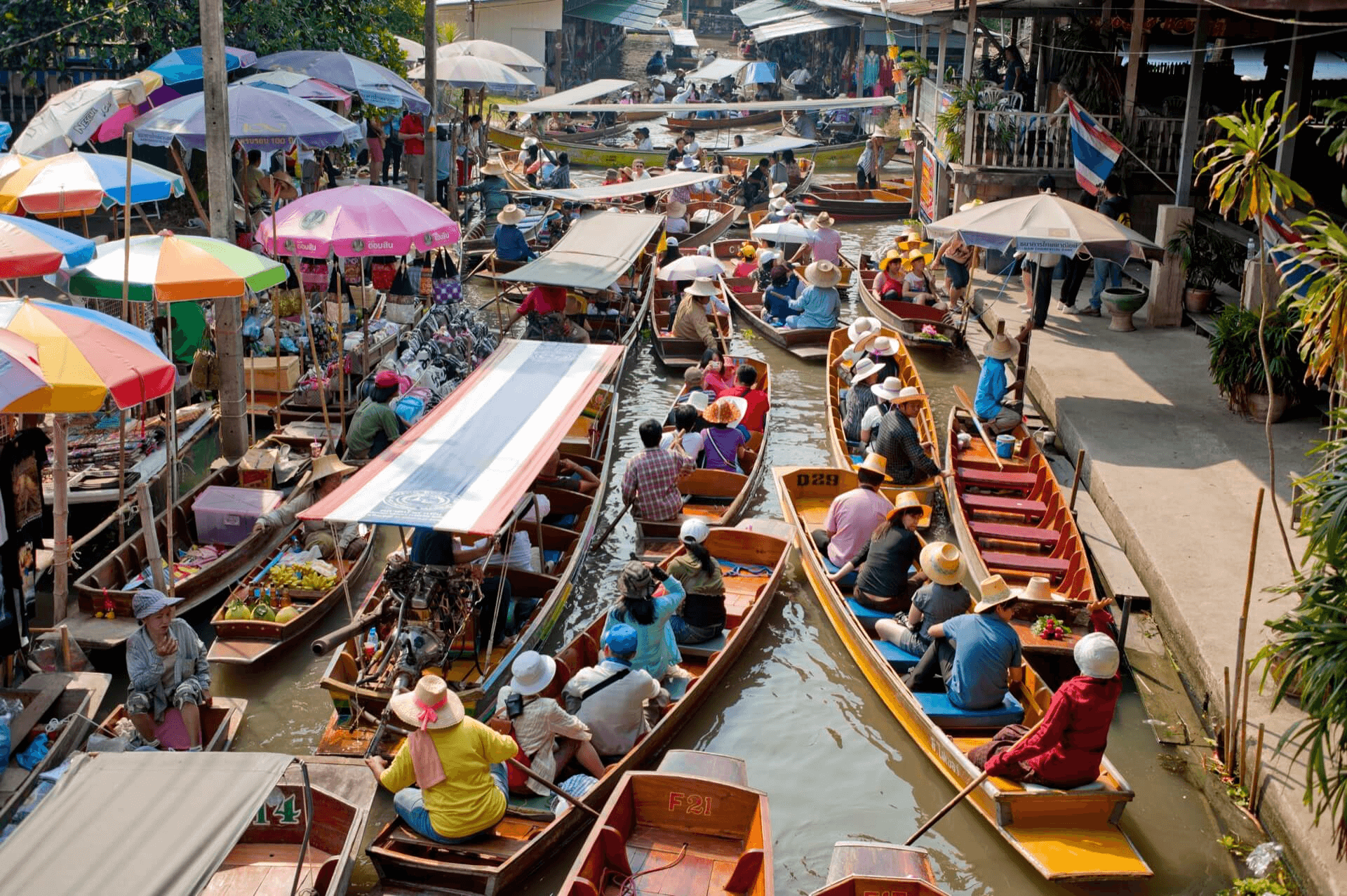 What is the main language spoken in Bangkok?

The official language in Bangkok is Thai. No surprise there. The answer may seem obvious, however, once you get out of Bangkok and have a look at Thailand globally - a country of over 60 million people and an area that spans from China to Malaysia - there is understandably a lot of diversity in Thailand's languages and there are a lot of dialects shaped by the country's rich culture. The dialects are sometimes so different that even locals that live on different sides of the country have trouble understanding one another.

There are subtle differences in tones and consonants, with Thai being a tonal language where words change meaning depending on the tone. Regional Thai dialects include Phu Thai, Shan, Song, Isan, Southern Thai, Nyaw, Northern Thai, Phuan and Lu.
Thai is also made up of lots of foreign loanwords from other languages, including Chinese, Pāli, Sanskrit, Khmer, Portuguese, Austronesian, and more recently, English. 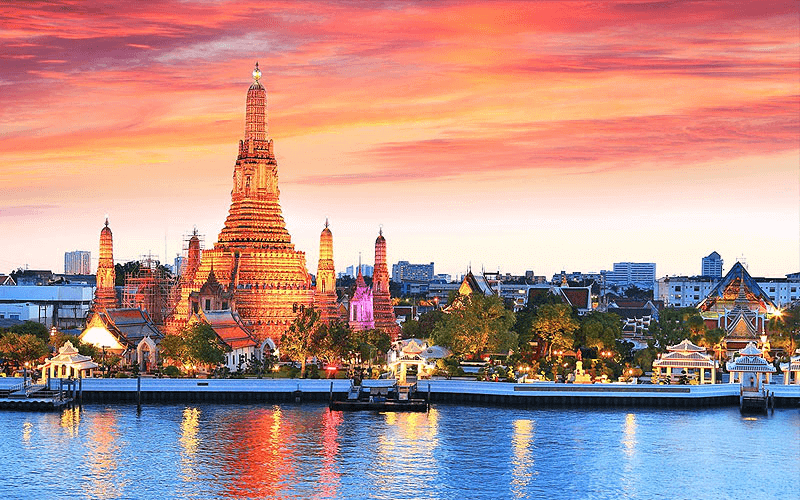 Some history on the Thai language

Thai, also historically known as Siamese, is part of the larger Tai language family or Tai-Kadai. Tai-Kadai originated from Proto-Tai, whose speakers migrated to southeastern Asia over 2,000 years ago. There are 76 languages in the Tai-Kadai group, 2 of those are national languages - Thai and Lao.
The overlap and shared elements of these Tai dialects are evident in the many languages spoken in Thailand. As people migrated and lived among each other, languages became shared, words were borrowed or altered, and new dialects were formed. The arrival of Thai language speakers from northern Vietnam to southeastern China, colonization, decolonization, and centuries of internal politics have shaped the character and variety of languages in Thailand. 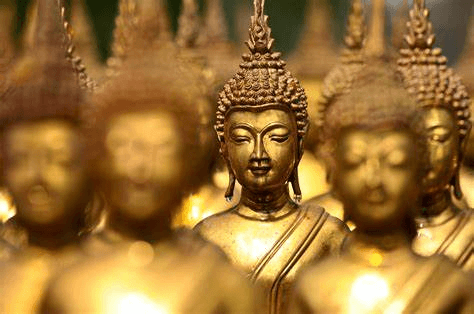 The Thai language was first written in 1283, and the official language is still very close to its original form. In practice, there are many elements to both written and spoken Thai that can make it difficult for those learning the language.

By the way, did you know there are many people who can not read Thai characters even though they can speak it? For a lot of people, including ourselves, Thai writing might appear to be made up of squiggles, circles, and lines, which can be intimidating if you want to start learning it.
In total, there are 72 characters in the Thai alphabet. This can be split up into 44 consonants and 28 vowels. To make it more complicated, this can then be split further into 3 consonant classes, 12 long vowels, and 16 short vowels. While this may seem like a lot compared to the 28 letters of the Latin Alphabet, it is worth mentioning that 6 characters (2 consonants and 4 vowels) are no longer used.

Thai is written left to right, though due to the way characters are ordered, you may need to look above or to the right of a character to read it properly. Also, Thai is traditionally written without using punctuation or spaces between words.
Fun fact: Did you know that the Thai language is known for its lengthy words? For example, the official name of Bangkok is: Krungthepmahanakhon Amonrattanakosin Mahintharayutthaya Mahadilokphop Noppharatratchathaniburirom Udomratchaniwetmahasathan Amonphimanawatansathit Sakkathattiyawitsanukamprasit.
This daunting name has 167 letters and 40 syllables and holds the Guinness Book of Records title of the longest city name. Translated, it means “the Great City, the Residence of the Emerald Buddha, the Grand Capital of the World Endowed with Nine Precious Gems, the Happy City.” 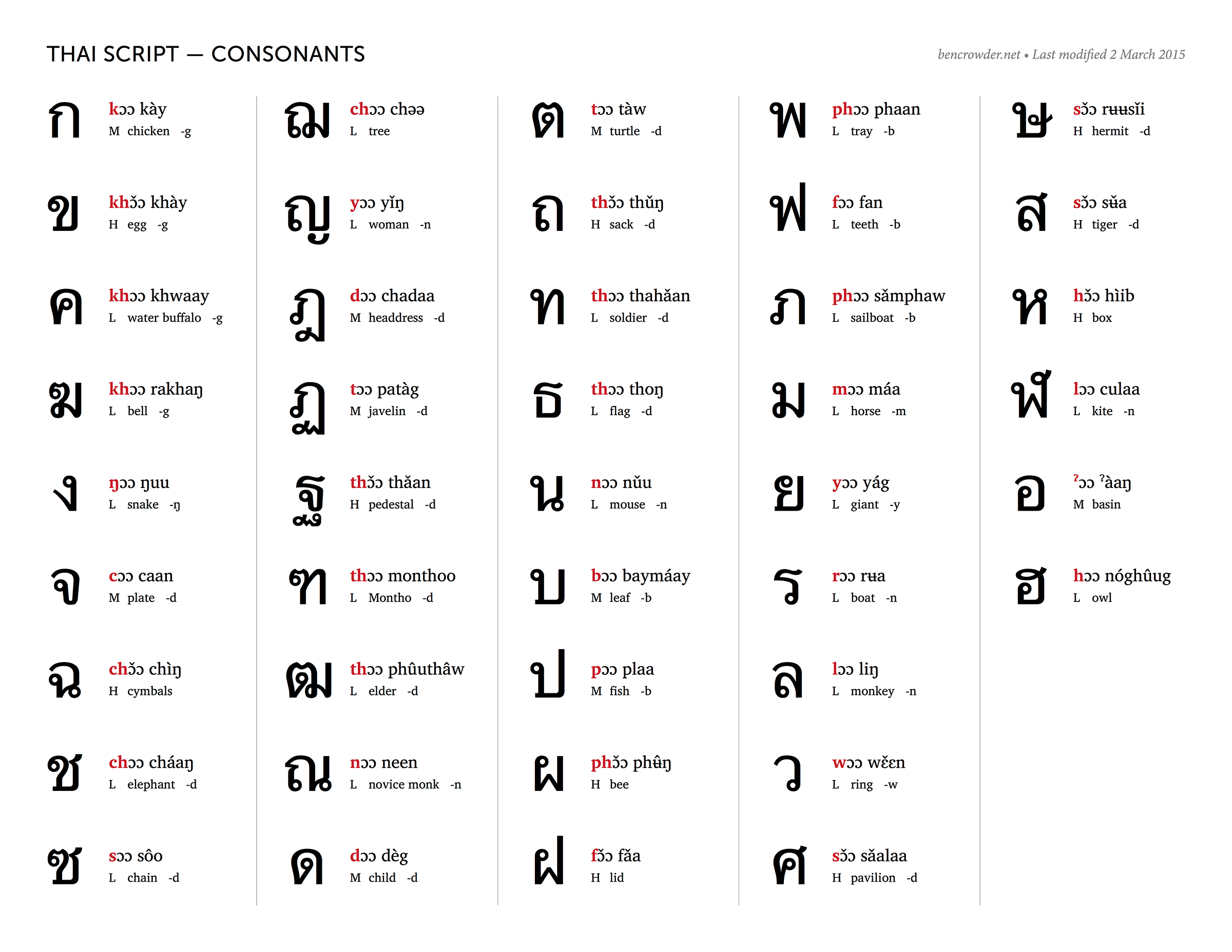 Do people in Bangkok speak English?

Many Thai people study English in school, and you will find that a lot of people speak and understand English in Bangkok, as well as other major tourist hotspots around the country. So generally communication should go smoothly. However, once you start heading towards smaller villages and towns outside the big cities, English will become much less common.

If you can't speak Thai, your best bet is to try talking to some younger people or students, as they usually have better English skills because of their education! 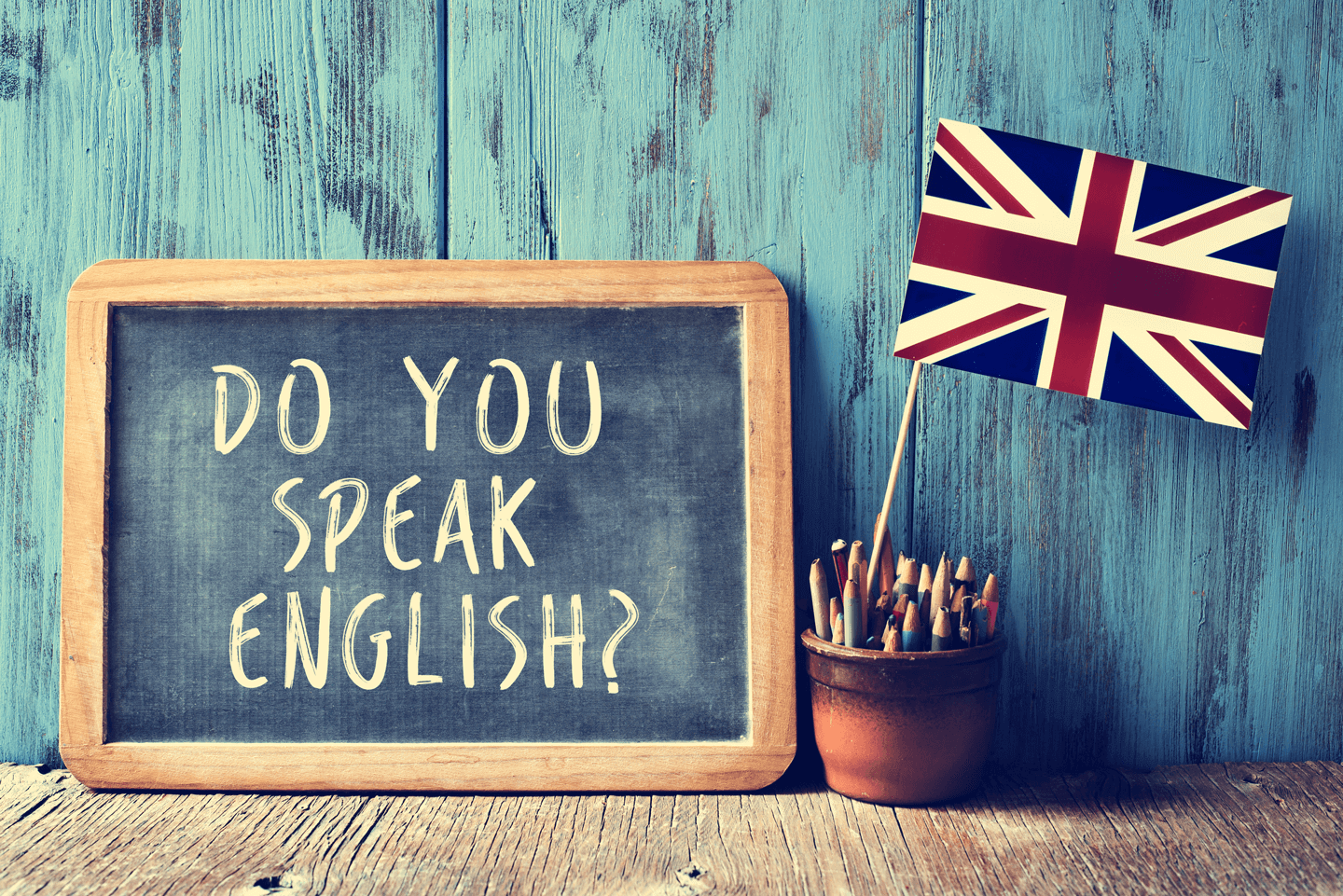 Is Thai hard to learn?

In some ways, yes. The main difficulties are the 5 tones and the relatively different vocabulary compared to English. Thai is written without spaces between individual words, which makes it really difficult to see where one word ends and another one begins! On the flip side, the grammar isn't too complicated -and while the alphabet seems exotic- it’s phonetic and not too difficult to learn. The Thai script is phonetic, which means that words are pronounced exactly how they’re spelled.
Learning the Thai alphabet is very important because its structure is used in everyday conversation. Without it, you will not be able to say words properly even if you know how to write those words.The better you pronounce a letter in a word, the more understood you will be in speaking the Thai language.

While Thai is its own language, you will find that it is often translated into the Roman alphabet to make communication easier with those who speak western languages. The problem with it being 'translated' is that it often leads to personalization and interpretation, and therefore, miscommunication. A good practice for those speaking western languages while traveling in Thailand is for example to get a local Thai speaker to write down your destination for you so there is no confusion with cab or tuk tuk drivers. 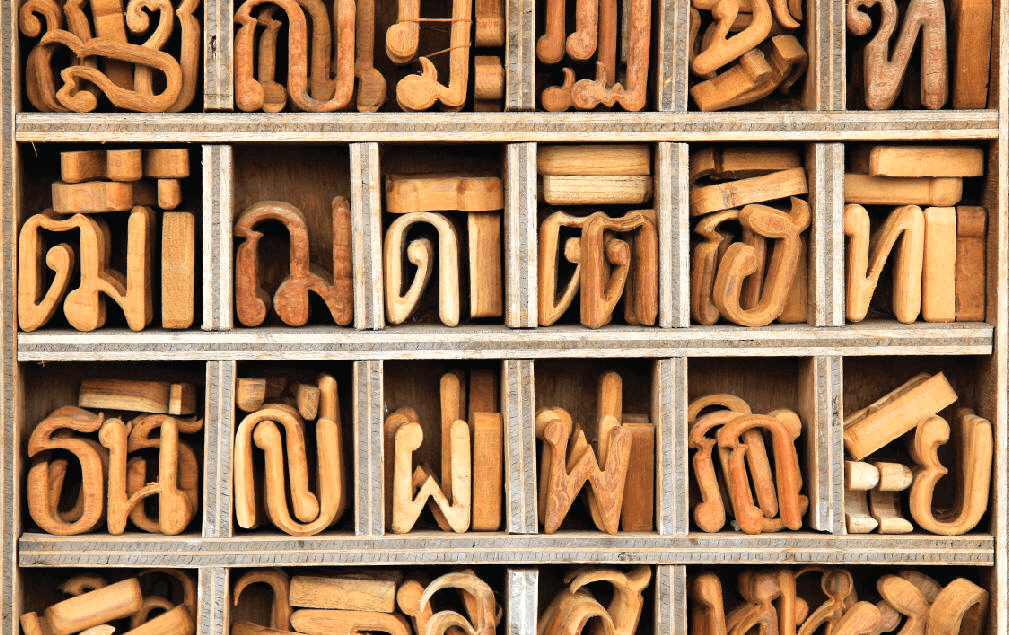 If Thai food gets you hot under the collar, you need to check out our Bangkok Most Famous Food Experience. This Bangkok tour flies off the shelf and it’s easy to see why, taking you to four world-famous restaurants and cafes and giving you the chance to taste the food at all of them! Get your tastebuds going as you will visit ATM Tea Bar, Yarowat Road, Best Pad Thai, Prachak Steamed Duck and Mango Tango. This half-day Bangkok tour will leave you well-fed and full of Bangkok culture.

A few words every tourist should know

It's never easy to master a language that is not your own, especially when it comes to speaking Thai. However, learning at least some basic Thai words will make things easier for you when traveling around Thailand. Not only will it serve as an excellent ice-breaker with the locals, but you might even impress a few of them with your knowledge!
Hello - Sawasdee (khap/ka)
Thank you - Khaawp khun (khap/ka)
Sorry - Khor thot (khap/ka) 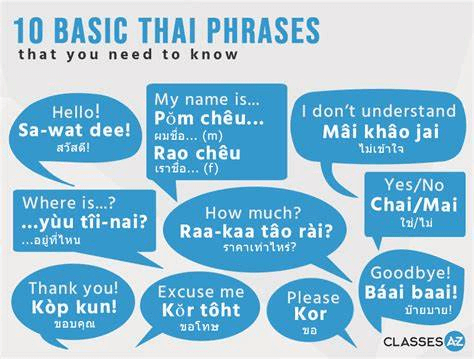 The world-famous energy drink Red Bull was invented in 1976 by Chaleo Yoovidhya in Bangkok. At the time of his death in 2012 he was the third richest man in Thailand with an estimated worth of 5 billion US dollars.
Bangkok is home to the world’s largest Chinatown.

As a result of Bangkok’s development, the city sinks at a rate of 2 to 5 cm per year.

Today, Thai society is among the most socially tolerant in Asia and is very welcoming to the LGBT community! In some places you will even find three toilets, one of which is for transgender men, also known as ladyboys. It is a very liberal city in terms of sexuality and tolerance towards gender identity. 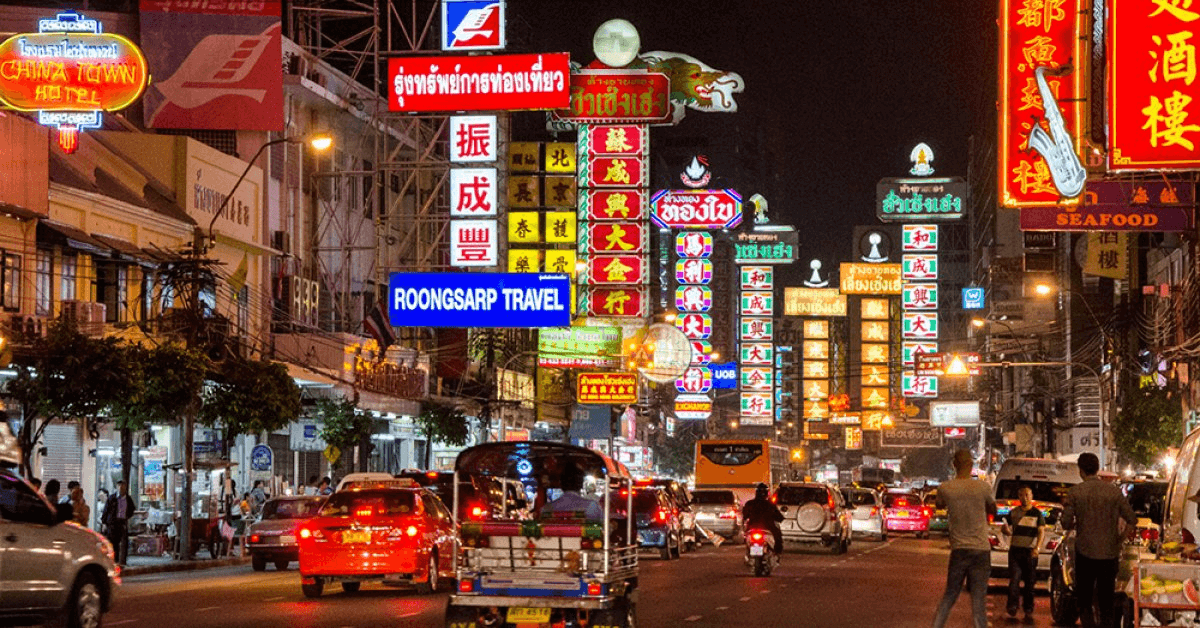 So now that you've learned the basics about the Thai language and everything around it, there is no more reason for you to be scared or intimidated booking your holiday to 'The Land Of The Smiles'! Don't worry too much about the language barrier when you are in Thailand! As you learned by now, English is very commonly used and you will not have any problems communicating with the locals! Since tourism is one of the major sources of income in Thailand, most of the locals speak a decent amount of English.

When you finally decide to book that holiday and hit the city of Bangkok, you will see it has so much to offer along the lines of history, culture, traditions and architectural beauty. Your time in the city will be exciting and full of adventure as you visit temples, food vendors and shopping markets.

And even though you are continuously exploring the city, you will find it relaxing as well in some way! So whether it is taking a private Bangkok tour or island hopping and seeing all of the beautiful beaches, you'll be guaranteed to have the most memorable time!