Is Bangkok safe to visit? 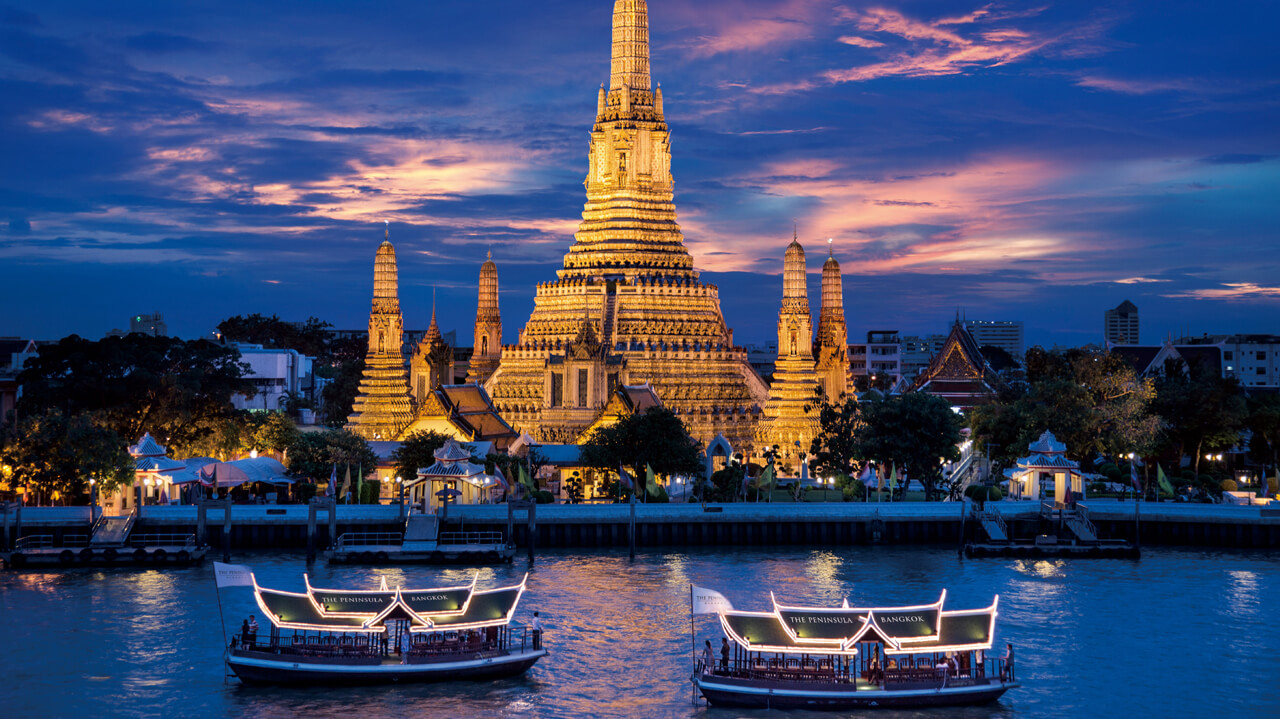 Thailand's notorious capital Bangkok is a city of extremes, it is both busy, chaotic and overwhelming – as well as surprising, unique and bustling. Although the city might not be every traveler's cup of tea, one thing is for sure: Bangkok is a city you will never forget!
Bangkok is one of the most visited cities in the world, receiving more than 22 million curious and excited travelers yearly, and you'll be one of them soon!  With a bustling nightlife, a rich cultural heritage and some of the world’s best street food, Bangkok has so much to offer. It's without a doubt one of the most interesting cities on the planet and for many years it's been the favorite city to travel to for all sorts of travelers!
But with any big city – and Bangkok is a very big city – it's not completely free from safety concerns. With a small threat of natural disasters, scams and out-of-control tourists, there are a few things you should be aware of before traveling to Bangkok.
One of the best ways to ensure your Bangkok vacation is as safe and relaxing as possible is to explore the city on a private tour. This is exactly why we have curated our very own private tours in Bangkok – because we think it’s one of the best destinations in the world and we want to help you discover it in the safest way possible!
Our friendly local tour guides will ensure you get to see the real Bangkok by sharing their in-depth knowledge and advice to help keep you happy, interested and safe on your tour trip. They’ll act as your personal tour guide, driver and photographer for the day – what could be better?
But the main question still remains to be answered: 'Is Bangkok safe to visit?' The answer is a bit more complicated than just 'yes' or 'no', but don't worry, we are here to help you! Let's dive into it! 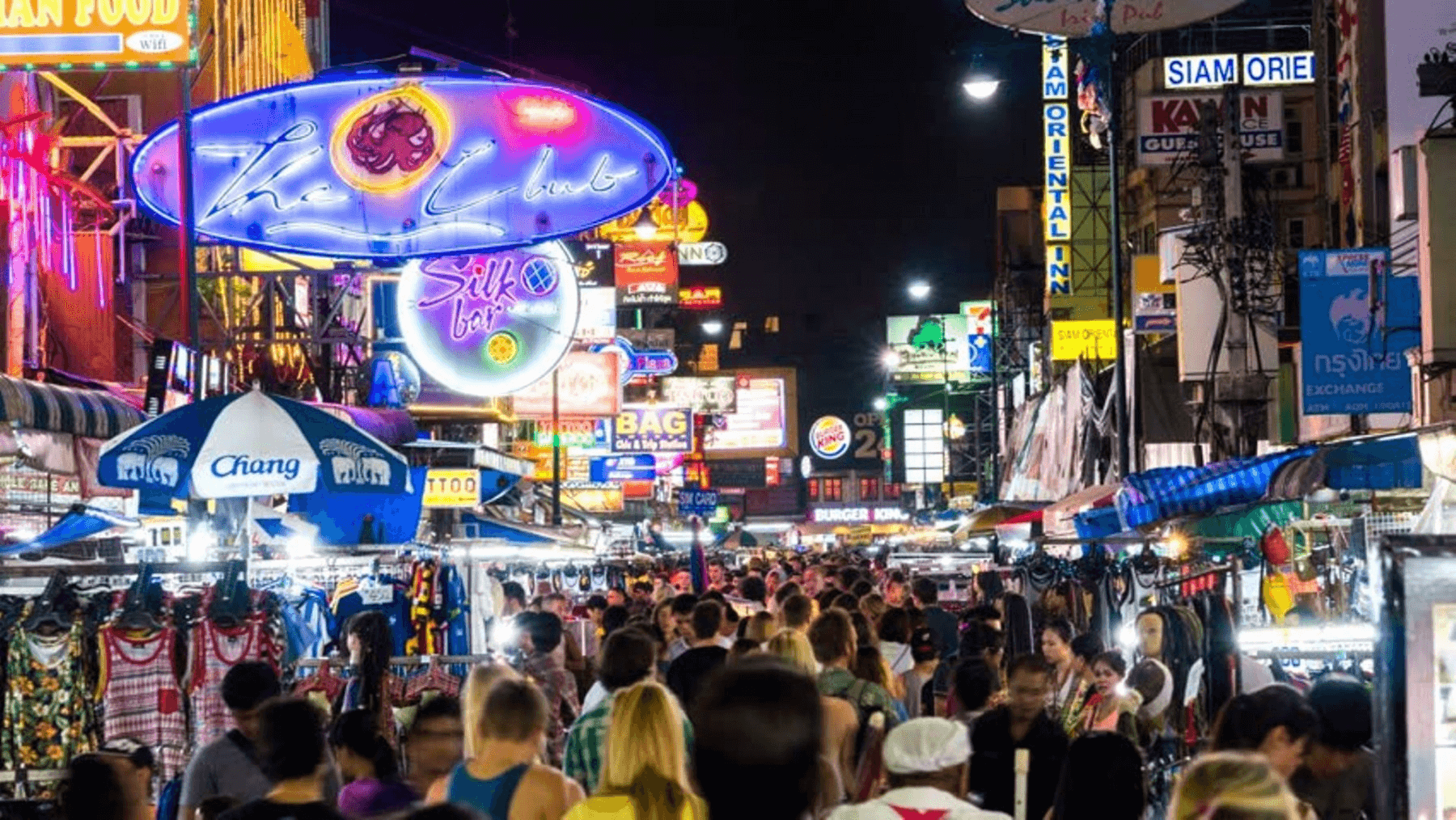 Is Bangkok safe to visit?
YES, in general Bangkok is a very safe destination but that doesn't mean it doesn't come with its own unique crimes. Petty crimes (pick pockets, con artists) do exist here– but not nearly to the same extent of other cities the same size as Bangkok. Instead, the dangers in Bangkok are relatively unusual for a city that’s so touristy. While parts of the city feel seamy, we can almost guarantuee you'll have a pleasant, trouble-free stay in this city! That being said, it's always good to know a few things: how to avoid scams, how to manage any politically-tinged encounters and how to navigate the city’s notorious traffic situation. The best advice we can give you here is to simply stay away from sketchy areas and use your common sense. But know that incidents of violent crime against tourists are very low.

The safest and unsafest areas in Bangkok
So now that we got the question 'Is Bangkok safe to visit' out the way, let's explore some of the safest and unsafest areas in Bangkok. Like any big city, Bangkok too has some areas tourists should avoid or at least be wary of. The safest neighborhoods in Bangkok are Riverside, Siam, and Rattanakosin. The least safe areas are Patpong, Nana Plaza, and Soi Cowboy.
Usually, the most touristy areas in Bangkok are the safest, although, at the same time, these are the places where most tourist scams happen. Most pickpocket incidents happen at night markets, bus stops, shopping malls and tourist stops like the Grand Palace, Wat Phra Kaew, and Khao San Road - don't say we didn't warn you ;) 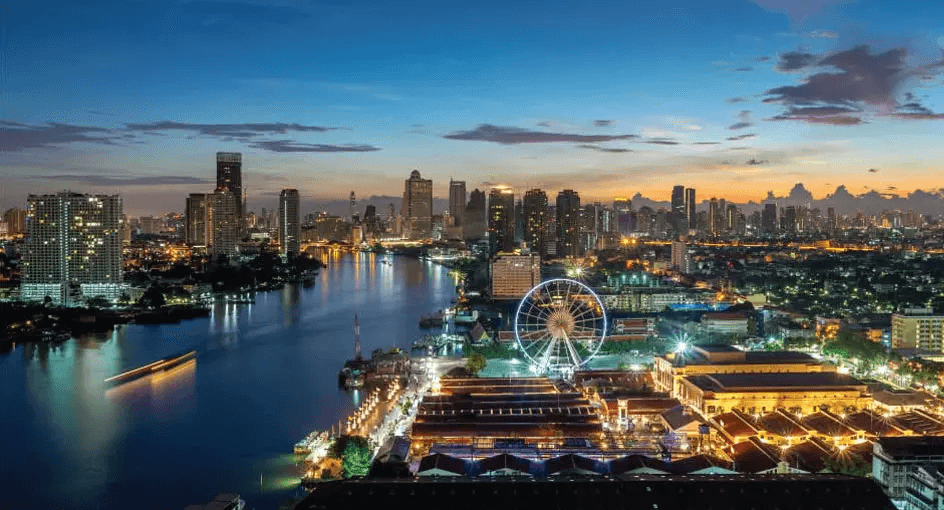 How to keep yourself safe

Here are some things you should keep in mind when it comes to keeping yourself safe:

Most common scams and tourist traps in Bangkok

Bangkok is notoriously famous for its tourist traps, we've a listed some of the most common ones below: 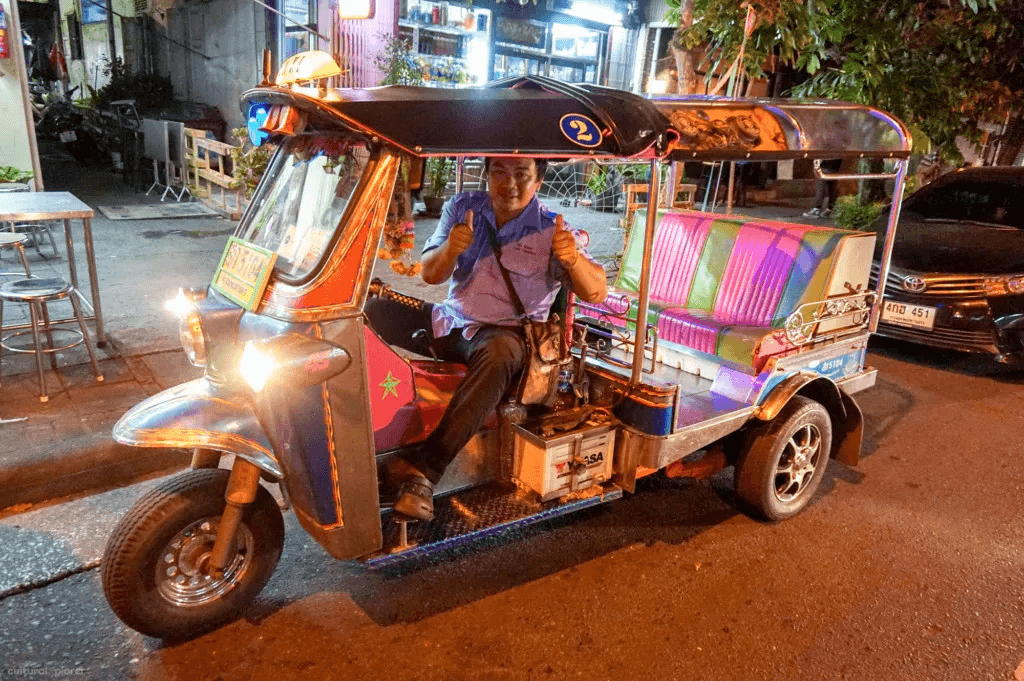 Is Bangkok safe at night?

Just like pretty much any other place in the world, Bangkok can get quite sketchy at night. If possible, stick with a group instead of heading out alone and don’t go wandering off into small side streets. Opt for a taxi to get around, even if it’s just a short distance.

Is Bangkok safe for solo travelers?

Absolutely. Bangkok has long been a favored destination for solo travelers and it's a great place to consider if it is your first time traveling alone. If you take in consideration all the scams and areas to avoid, you'll have an amazing time traveling solo in Bangkok! 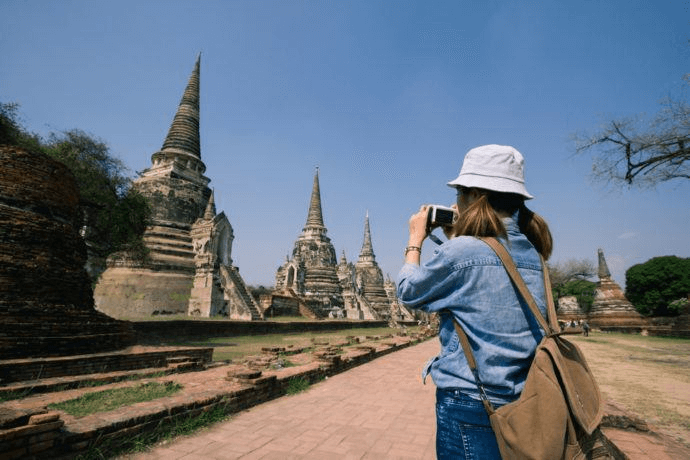 Is it safe to drive in Bangkok?

Not really, no. Thailand as a whole has some of the worst road traffic stats in the world. In fact, The World Health Organisation has reported that Thailand is home to the second highest road traffic fatality rate in the world. Especially during peak time, Bangkoks streets can be super busy and chaotic, which tends to be overwhelming and dangerous for inexperienced scooter drivers. Generally speaking, riding a motorbike in Asia is always a pretty sketchy experience because a lot of locals don’t stick to the traffic rules. It's better to take public transportation, get a driver or a taxi! 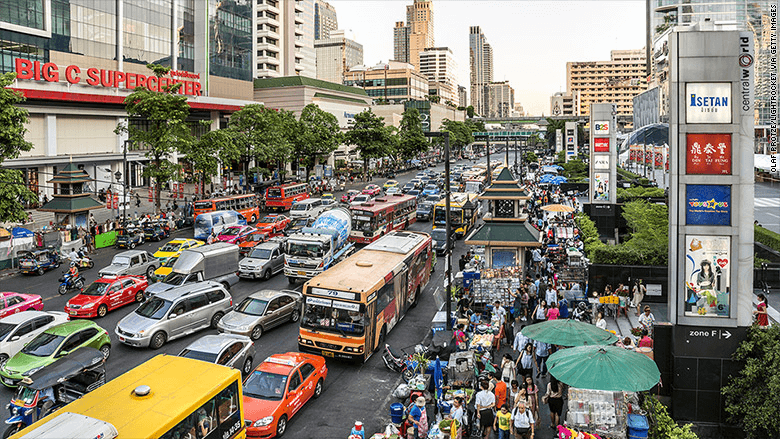 Is it safe to eat street food in Bangkok?

You definitely shouldn’t be afraid to try street food in Bangkok. Just make sure you eat at a busy, popular food stall and avoid food that’s been sitting around in the sun, uncovered, and on show all day. Instead, opt for meals cooked fresh in front of you. If you’re the sort of person who’s prone to a bad stomach, then you should probably be avoiding things like papaya salad or cut fruit and  be careful of seafood and buffets. 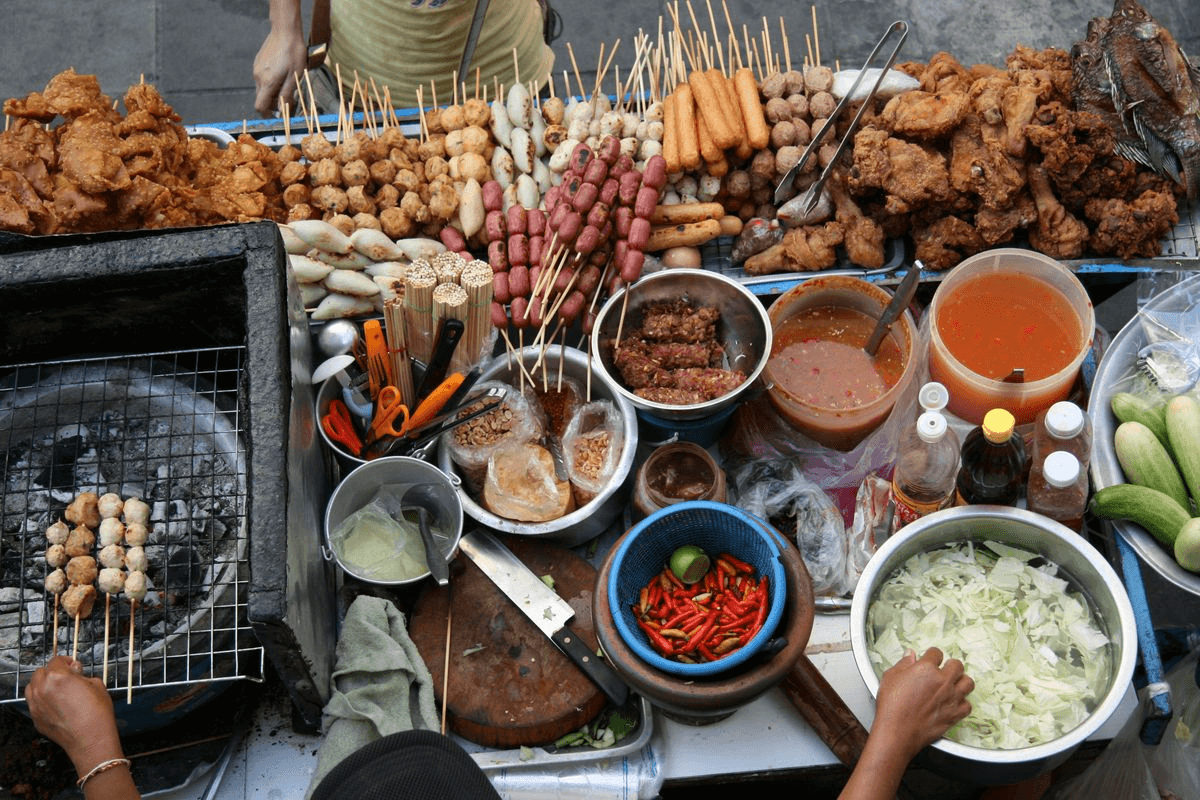 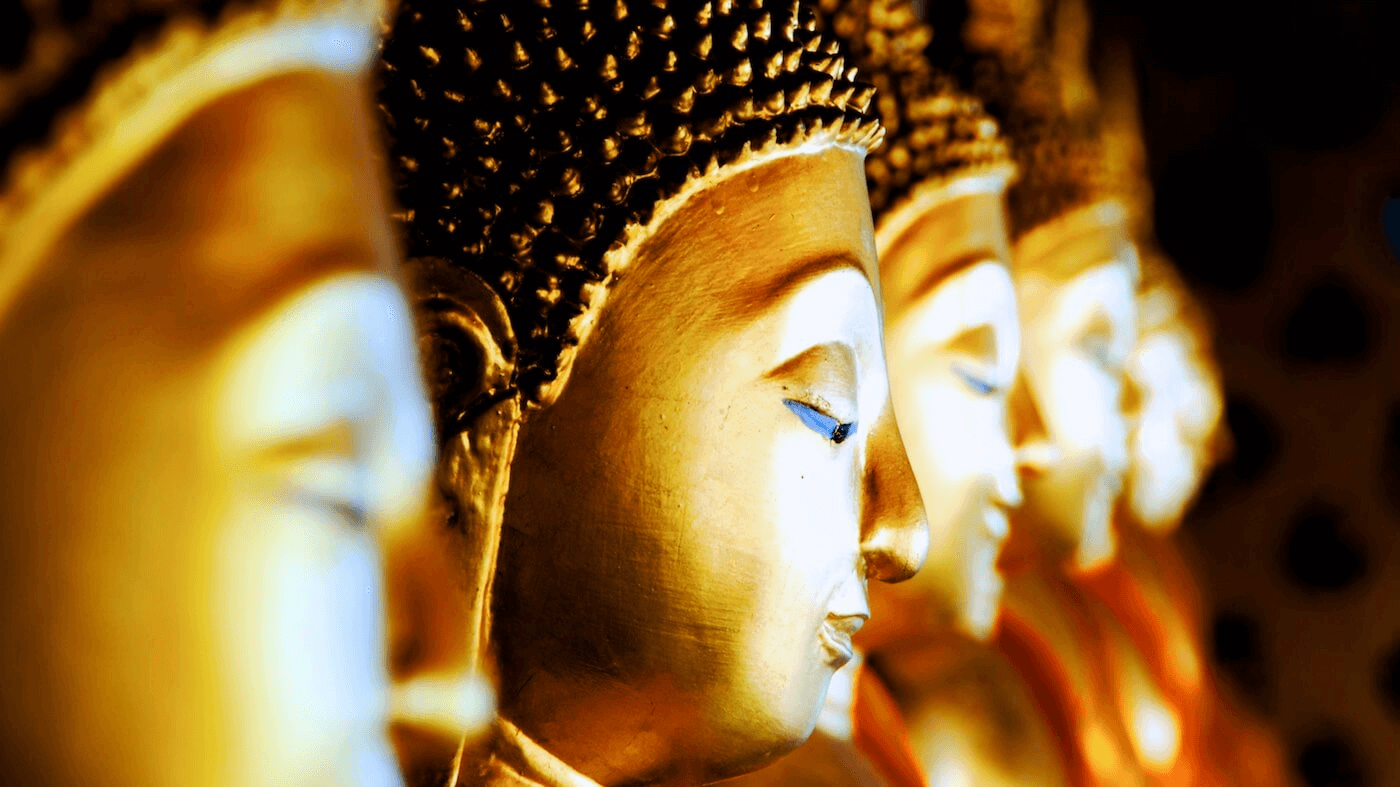 When you finally decide to book that holiday and hit the city of Bangkok, you will see it has so much to offer along the lines of history, culture, traditions and architectural beauty. Your time in the city will be exciting and full of adventure as you visit temples, food vendors and shopping markets.

After reading this blogpost you will feel 100% confident and ready to explore the city of Bangkok. So pack your bags and get excited! Your Bangkok adventure awaits you!

So whether it is taking one of the many tours in Bangkok or you want to go island hopping and seeing all of the beautiful beaches, you'll be guaranteed to have the most memorable time! 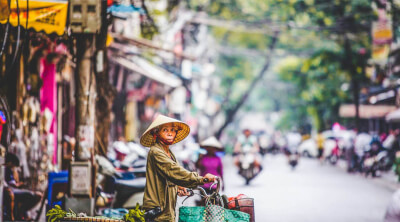 Best Things to do in Vietnam 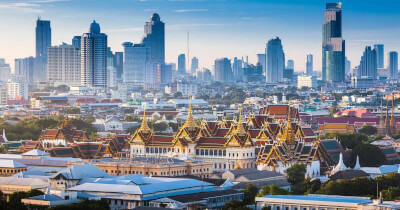 Bangkok on a budget 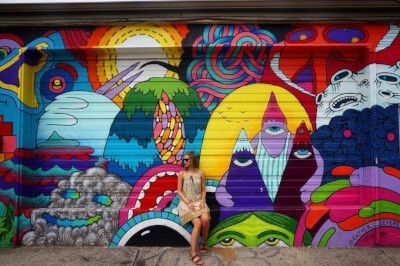 Where To Find The Best Street Art In The World 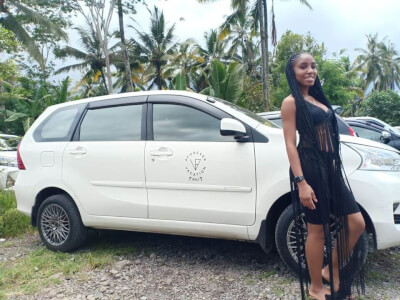